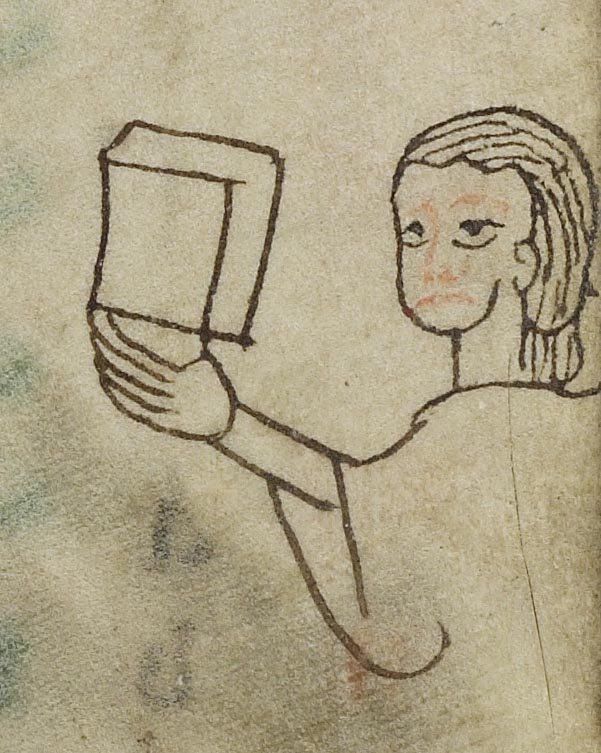 The next exhibition to take place in the Parker Library will be an exhibition of Irish and Irish-related manuscripts to tie in with a whole series of events celebrating Irish in Cambridge, entitled Seachtain na Gaeilge, and including poetry readings, songs and film.

The works exhibited include saints’ lives, chronicles, maps, glossaries, charters and poems. One of the manuscripts on show will be CCCC MS 405, a composite manuscript of the thirteenth and fourteenth century that once belonged to the Knights Hospitallers of Kilbarry near Waterford.  It includes both devotional texts and civic documents, including the law and customs of Waterford. Many of the texts in it are written not in Irish but in Anglo-Norman.

Among its liturgical texts is a calendar in which many Irish saints are commemorated:

There will be two free tours of the exhibition open to the public at 1pm and 2pm on 13 March. To register for these special tours, contact Dr Denis Casey of the Dept of Anglo-Saxon, Norse and Celtic (dc399@cam.ac.uk).