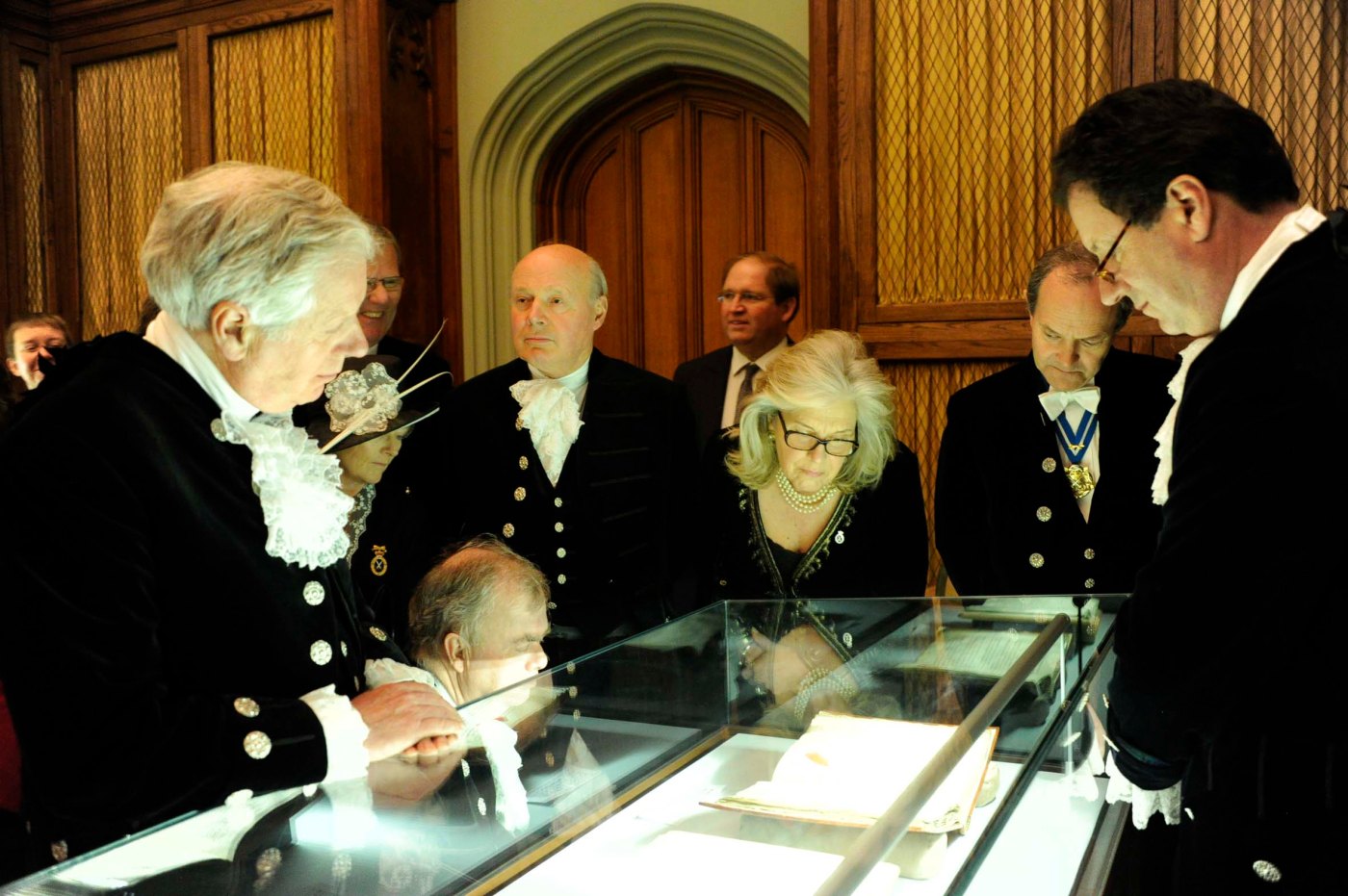 We recently hosted a visit by the High Sheriffs of Cambridgeshire and the six surrounding counties in full ceremonial court dress. High Sheriffs are appointed by the Crown in each county of England and Wales and serve for a single year.

The office is a very ancient one, dating back to the Anglo-Saxon period. The ‘scir-gerefa’ (shire-reeve, sheriff) or ‘scirman’ was responsible for maintaining law and order in the ‘scir’  (shire) and collecting taxes. As part of a special display of legal manuscripts, we were able to show the High Sheriffs a reference to ‘scirmen’ dispensing justice in an Anglo-Saxon law code associated with Ine, the seventh-century king of Wessex. This text, written in the early tenth century, is the earliest surviving record of English royal legislation. It is found in CCCC MS 173 which also contains the Anglo-Saxon Chronicle.

Sheriffs are prominent in Magna Carta and the exhibition included several examples of the charter as ratified by various English kings. Also in the display was a list of the High Sheriffs of England in 1563 compiled for Matthew Parker, showing that the office was still an important one in Tudor times. The High Sheriff of Cambridgeshire and Huntingdonshire for that year is listed as Clemens Chichelye who lived at Wimpole Hall just outside Cambridge. The hall was rebuilt in the seventeenth century and was at one time the home of the famous bibliophile Edward Harley (d. 1741) and his magnificent library. It’s now a National Trust property.

Over the centuries High Sheriffs have lost their powers to dispense justice and collect taxes. Their main roles now involve supporting the Crown and the judiciary in the county. It is an unpaid, independent and non-political appointment. This year’s High Sheriffs have a strong sense of the history of their office and it was fascinating to reflect with them on what our manuscripts can reveal about its continuity over a thousand years.

One thought on “High Sheriffs’ Visit”